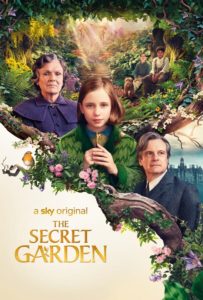 The Secret Garden flies to Number 1 on the Official Film Chart following its release on DVD & Blu-ray.

Shooting up 18 places, the 2020 adaptation of Frances Hodgson Burnett’s classic novel stars Colin Firth and Julie Walters, as well as emerging actress Dixie Violet Egerickx in the lead role of Mary Lennox. It knocks last week’s chart-topper, 2016 animated musical Sing to Number 3, while Roald Dahl’s The Witches holds at its Number 2 peak. Also holding firm are Spider-Man: Far From Home (4) and Despicable Me 3 (5).

Jumanji: The Next Level (6) and Trolls World Tour (7) both drop one place to land just ahead of Sonic The Hedgehog, which rockets up 14 places to Number 8, returning to the Top 10 for the first time since October.