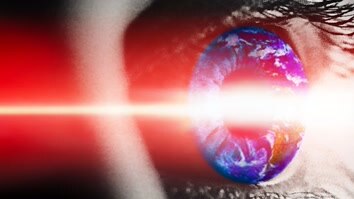 It’s been 40 years since the 12 colonies of mankind have heard from their progeny, the Cylons — robotic creatures who rose up and declared war on their masters, then disappeared. In a sudden, devastating strike, the Cylons return and lay waste to the colonies, aided by human-looking Cylon variants and an unwitting fifth columnist. The attack forces Commander William Adama to call into action his museum-piece warship, the Battlestar Galactica, and soon its company of hotshot fighter pilots is blasting away at the invaders. But their best efforts can’t prevent the colonies’ obliteration. Fleeing the Cylon genocide, the Galactica leads a rag-tag fleet of survivors on a lonely quest to find humanity’s fabled 13th colony — a planet known as Earth.

Is Battlestar Galactica available on any streaming services in the UK?

Series: Battlestar Galactica (2003) is streaming on:

How Hot is Battlestar Galactica Now

Latest Episode: Season 1 episode 2 Part 2
After forty years of armistice, the Cylons attacks the Twelve Colonies of Kobol. Their strategy: a virus implanted into the mankind defense system. The former Battlestar Galactica, which is being adapted into a museum, is not connected with the defense system and becomes the only warship capable of fighting against the Cylons in the hopes of leading the survivors to planet 'Earth'.

Cautious Hero – The Hero Is Overpowered But Overly Cautious…