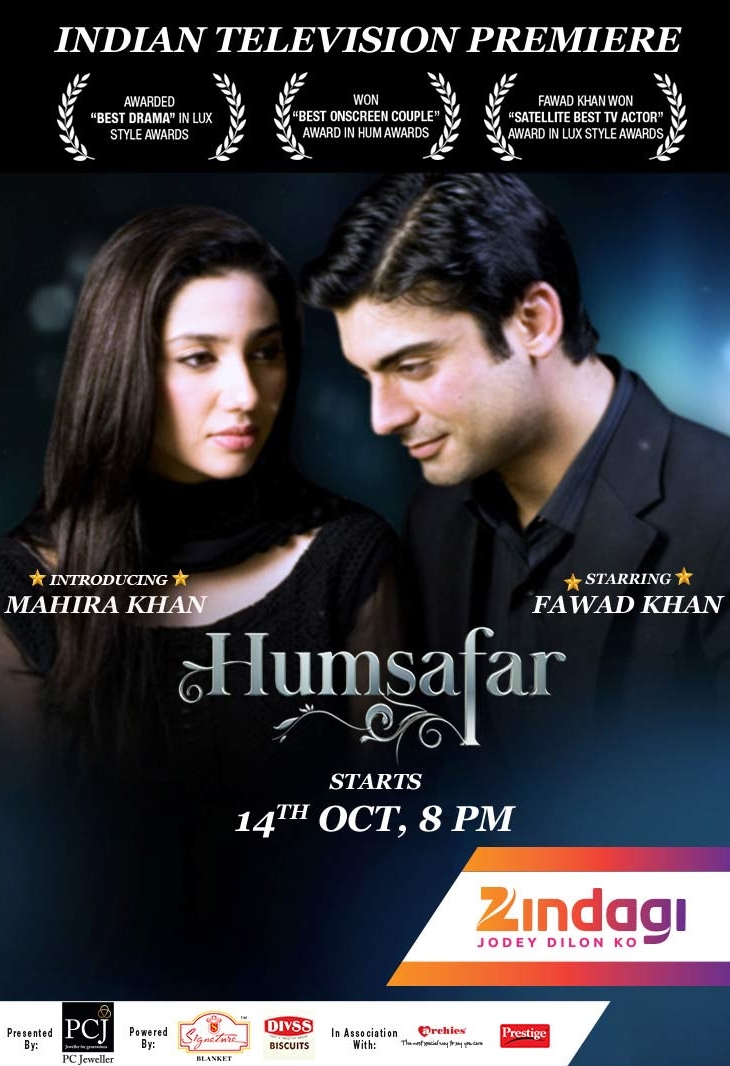 Khirad and Ashar’s marriage is a bad match in the eyes of Ashar’s mother. She plots successfully to discredit Khirad in Ashar’s eyes, and he distances himself from Khirad despite her repeated pleas of innocence. Their time apart is hard for both with Ashar trying desperately to forget his love for Khirad, and Khirad hardened towards Ashar for mistreating her. Their daughter’s illness brings them reluctantly together, reigniting Ashar’s longing for Khirad and him offering her his forgiveness. She is appalled and leaves. In his distraught state, Ashar finds out the truth about Khirad’s innocence and asks her forgiveness, which she hesitantly gives.

Is Humsafar available on any streaming services in the UK?

How Hot is Humsafar Now

Latest Episode: Season 1 episode 23 Last Episode
Asher heads for Hyderabad to bring Khirad back, telling her that Hareem won't eat and Khirad relently goes with him. Farida hears them return and claims the letter was false and that there is no proof that Hareem is Asher's daughter. Asher says, "You gave me life. And at the same time, you took it away from me. You murdered your own son, mother. You took his life away..." Khirad, witnessing the entire conversation, is shocked and emotional. Farida returns to her room where she is met by imaginary incarnations of Sara, Baseerat and Khirad. Sara blames Farida for her ...

We are checking multiple subscription streaming services to find where you can watch Humsafar without spending extra. If you cannot see a service above you subscribe to, follow the link to find out more about signing up. If Humsafar is not on a service you subscribe to you may still be able to buy or rent the see above.