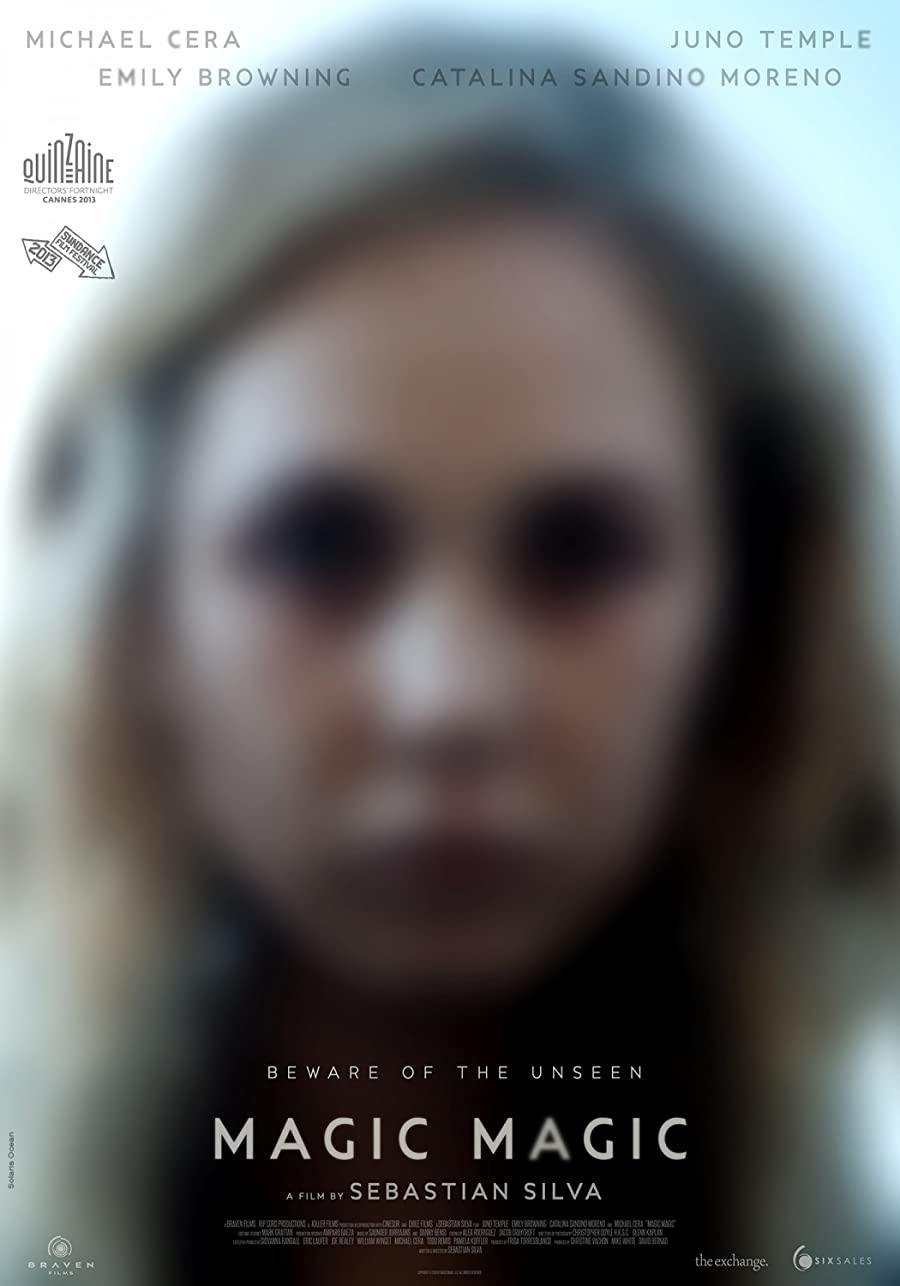 Alicia arrives in South America to vacation with her cousin, Sara. When Sarah is suddenly called away, Alicia is stuck on a remote island off Chile with three of Sara’s friends, including Brink, an American exchange student with a sadistic streak. Bewildered, frightened, and unable to sleep, Alicia’s reality becomes a nightmare from which there is no waking. Ancient indigenous rites, disturbing animal behavior, and captivating hypnotic trances come together in an intense exploration into the darkest corners . . . when the games go too far, reality unravels with astonishing and deadly consequences.

Is Magic Magic available on any streaming services in the UK?

How Hot is Magic Magic Now

The Secret Of The Magic Gourd

We are checking multiple subscription streaming services to find where you can watch Magic Magic without spending extra. If you cannot see a service above you subscribe to, follow the link to find out more about signing up. If Magic Magic is not on a service you subscribe to you may still be able to buy or rent the see above.