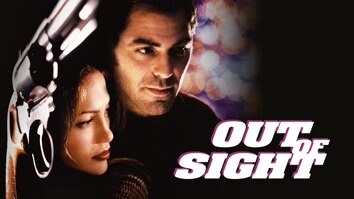 “Out of sight” is a children’s tv series that even adults can enjoy because of its affable characters and hilarious yet exciting plots.I’ve seen several reruns of this show and it’s still enjoyable to see whiz-kid Joe and his loyal mate Ali at their mischievous antics. All characters are very well developed: Joe as the prodigy always rambling about some obscure formula; his long- suffering parents and his brother Shane, the complete opposite of him; or his loyal friend Ali( but only when he was played by another actor a few episodes into the first season). You cannot help but root for them as they are so likeable. Definitely the best show for kids and adults from recent years! Shame there are only two seasons! Smashing!

Is Out Of Sight available on any streaming services in the UK?

Buy Physical Media Out Of Sight

Buy / Rent Out Of Sight

How Hot is Out Of Sight Now

Julie and the Phantoms

We are checking multiple subscription streaming services to find where you can watch Out Of Sight without spending extra. If you cannot see a service above you subscribe to, follow the link to find out more about signing up. If Out Of Sight is not on a service you subscribe to you may still be able to buy or rent the see above.