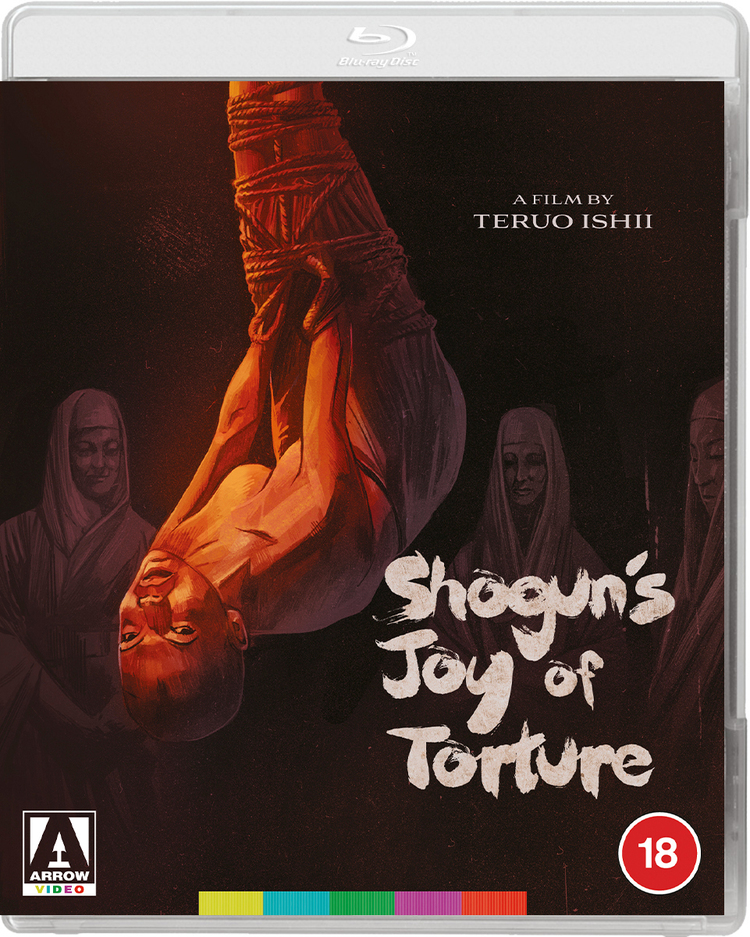 The Joy of Torture is an anthology that is made up of three separate stories that all intersect: The first segment is about Shinza who was hurt while working when a log hit him on the head, and now sister Mitsu is forced to give herself to her brother’s boss Mr. Mino in order to help pay for Shinza’s doctor bills. The second segment is about the arrival of mother Reiho and her servant Rintoku at the Jukuin monastery. The monastery is located near a temple inhabited by priests and one day when one of them named Shunkei runs by Reiho he arouses something inside of her. The final segment is about a tattoo artist named Horicho who has just given Kimicho his greatest tattoo to date. While showing his work off to a group of people, a man named Lord Nambera walks by mocking the tattoo and its lack of realism.

Is Shogun’s Joy of Torture available on any streaming services in the UK?

How Hot is Shogun’s Joy of Torture Now

We are checking multiple subscription streaming services to find where you can watch Shogun’s Joy of Torture without spending extra. If you cannot see a service above you subscribe to, follow the link to find out more about signing up. If Shogun’s Joy of Torture is not on a service you subscribe to you may still be able to buy or rent the see above.