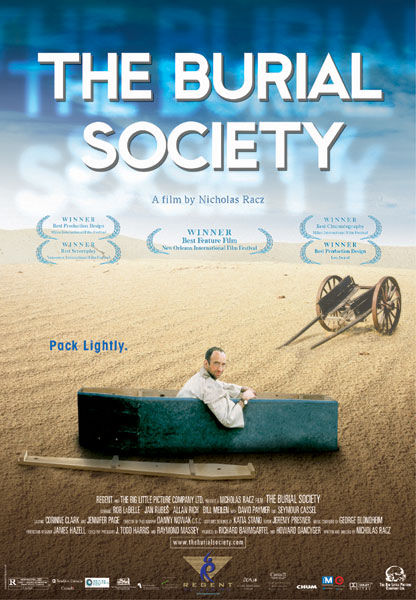 In The Burial Society, Sheldon Kasner, an unlikely criminal who works as a bank loan manager, infiltrates the mysterious world of the Chevrah Kadisha (the Jewish society that prepares bodies for burial according to ancient ritual) in order to steal a body and fake his own death after mobsters come after him looking for two million dollars that he is accused of having stolen. Having sought and found refuge within this ancient religious society, Sheldon finds himself captivated by this unusual and powerful world and the three old men who run it.

Is The Burial Society available on any streaming services in the UK?

How Hot is The Burial Society Now

The Burial of Kojo