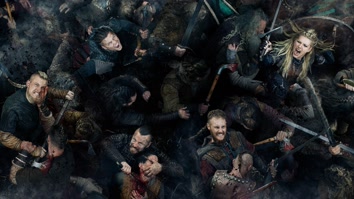 The adventures of Ragnar Lothbrok: the greatest hero of his age. The series tells the saga of Ragnar’s band of Viking brothers and his family as he rises to become King of the Viking tribes. As well as being a fearless warrior, Ragnar embodies the Norse traditions of devotion to the gods: legend has it that he was a direct descendant of Odin, the god of war and warriors.

Is Vikings available on any streaming services in the UK?

How Hot is Vikings Now

We are checking multiple subscription streaming services to find where you can watch Vikings without spending extra. If you cannot see a service above you subscribe to, follow the link to find out more about signing up. If Vikings is not on a service you subscribe to you may still be able to buy or rent the see above.