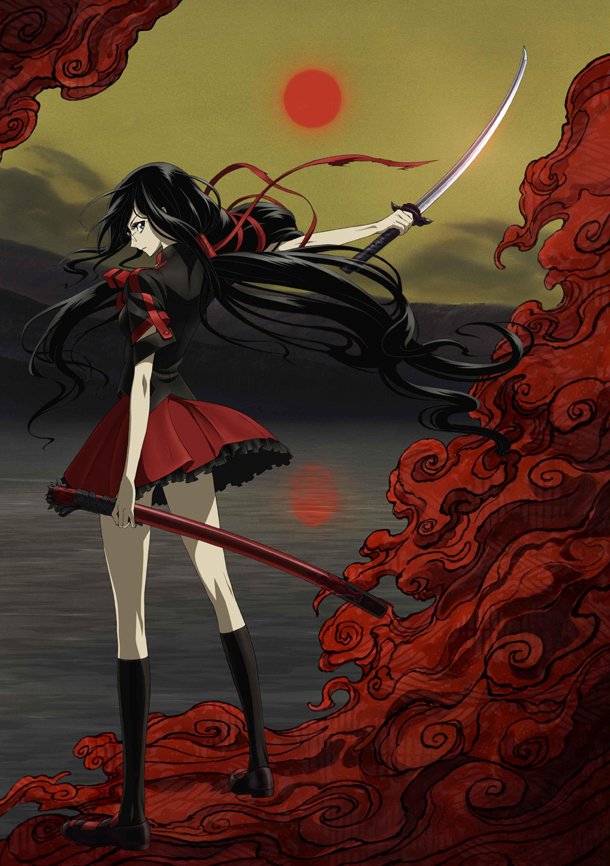 Saya is a seemingly normal girl living with her father in a shrine. During the day she goes to school and spends time with her friends at a local cafe. But when night falls Saya is called upon to protect her village from strange monsters.

Is Blood-C available on any streaming services in the UK?

How Hot is Blood-C Now

Latest Episode: Season 1 episode 12 For Some Men I Grieve
Saya finally remembers that, having been captured by Fumito, she had her memories altered and was put on a stage to feed on Furukimonos as a test to see if she would change. Fumito has the Furukimono to kill Shinichiro, Nene and Nono for disobeying their orders. Saya kills the Furukimono before it can kill Kanako, but she is instead killed by Takayoshi who is revealed to be half-Furukimono that has gone beserk from drinking Saya's blood. As Saya fights against Tadayoshi, she manages to obtain a powerful light, allowing her to defeat him. As Fumito makes his escape, sending an army of multiplying Furukimono to kill everyone in town, Itsuki sacrifices himself in order to protect Saya, admitting he had fallen for her before passing away. After beating the Furukimono, Saya tries to attack Fumito before he escapes, but is shot in the head. Left along on the island, Saya treats herself and prepares to make her next move.

We are checking multiple subscription streaming services to find where you can watch Blood-C without spending extra. If you cannot see a service above you subscribe to, follow the link to find out more about signing up. If Blood-C is not on a service you subscribe to you may still be able to buy or rent the see above.