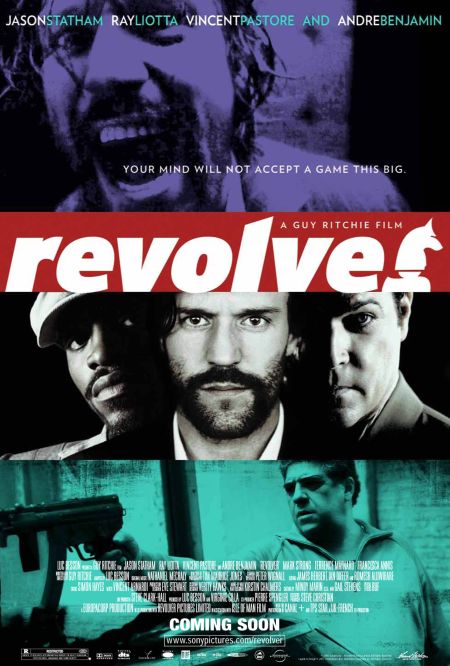 After seven years in solitary, Jake Green is released from prison. In the next two years, he amasses a lot of money by gambling. He’s ready to seek his revenge on Dorothy (Mr. D) Macha, a violence-prone casino owner who sent Jake to prison. He humiliates Macha in front of Macha’s lieutenants, leaves, and keels over. Doctors tell him he has a rare disease and will die in three days; Macha also puts a hit out on him. Loan sharks, Zack and Avi, demand Jake’s cash and complete fealty in return for protection. Jake complies, and through narration and flashbacks, we watch him through at least three days of schemes, danger, and redemption. Who is his greatest enemy?

Is Revolver available on any streaming services in the UK?

How Hot is Revolver Now

We are checking multiple subscription streaming services to find where you can watch Revolver without spending extra. If you cannot see a service above you subscribe to, follow the link to find out more about signing up. If Revolver is not on a service you subscribe to you may still be able to buy or rent the see above.